2020 and 2021 saw many system changes from SARS affecting individual taxpayers. Most significant, an automatic estimated assessment raised by SARS in cases where an income tax return should have been filed and was not submitted before mid-February 2021

SARS has issued personal notices directed to individuals to correct the non-compliance and failing this, an estimated assessment was raised in terms of Section 95.

If this situation is true of you, what should be done and what are your rights. Before we get into this, let us review who is likely to get an estimated assessment.

Most of these estimated assessments is in relation to tax year 2020 while a smaller population is for older returns. We have noticed a wave of assessments with a pause followed by a second wave, and we are expecting further waves during April 2021 to June 2021. We are also expecting older years to have their rounds, says Jacques Fourie from FMJ Financial.

Cases where SARS needs 3rd party data such as cases with a rental income, a sole trader, etc (This does not include cases where a person has a travel allowance and failed to claim against such allowance. SARS will simply estimate the assessment without a travel claim.) have mostly not had these estimated assessments and are receiving administrative non-compliance penalties which is a re-occurring monthly administrative fine ranging between R250 and R16 000 while these returns remain outstanding.

What should you do if you have received an estimated assessment (Not to be confused by an auto or automated assessment which SARS issued last year)? The best course of action is to prepare the return that ought to have been filed and submit this return to SARS as soon as possible. This is in terms of the updated Section 95(4) of the tax administration act which states that such estimated assessment does not detract from the obligation to submit a return. In other words, SARS still expects a return to be filed even after an estimate assessment has been raised. Failure to do so would mean administrative penalties ranging from R250 to R16 000 per month. Please do not be fooled into thinking that there is an assessment and nothing further is required from you.

Now that we have covered aspects of the updated legislation, let us make sense of the SARS process which is a brand-new process, and which may change as time progresses. We are thus only able to provide insight on this system as of 19 April 2021 based on our experience to date.

Once a correction is filed:

SARS expects a correction to be filed within 40 business days (A business day excludes a public holiday, weekends, and days between 16 December to 15 January each year.) and will refer the return for manual intervention. This means that an individual within SARS will look at the case and will decide to either further engage with the taxpayer or to decline the request for re-assessment. It is noteworthy that one cannot submit an objection before re-filing the return since SARS does not consider an estimated assessment as a return filed, it is considered as outstanding.

In certain cases, SARS may decide to engage with the individual while most cases, in our experience, are declined. The cases where SARS has engaged seems to be where there was an error on the IRP5’s and employers have revised assessments. We are sure that other situations would also warrant SARS to look in on the case however, at this point, we are too early in the update to confirm how these are dealt with. SARS would probably not have any problems issuing an assessment where such assessment is to the benefit of the fiscus.

READ: 5 Steps to Determine Your Financial Status So You Can Quit Your Job Sooner

What do you do if your re-assessment was denied?

Where a taxpayer has filed a true and correct return after a SARS issued estimated assessment and re-assessment is denied by SARS, an objection should be considered. Here specialist advice and guidance are recommended since if errors are made at this point, the assessment may become final.

According to Section 95(6), where a taxpayer has filed a return, a request is effectively made to SARS to have the assessment amended (either for an additional assessment or a reduced assessment to be issued) If this was done within 40 business days (See definition of a day above under Once a correction is filed) and SARS has declined the request for re-assessment, then an objection should be pursued.

The reason for expert advice at this point is due to the complicated rules around disputes in that an objection must be submitted to SARS in the prescribed form and within a limited period from the date of assessment. Even where returns are re-filed immediately from the date of the estimated assessment, a manual assessment may take up to 90 working days (Generally, a decision would be made within a month) while the dispute rules (As Gazetted July 2014) only award 30 days to object from the date of assessment. As such, the taxpayer will have to motivate that they delay is not from them and that a request to have the return corrected was within time. This should be professionally worded, and the correct dispute codes should be used when engaging with SARS along with legal grounds for objection to be awarded. Failure here means an appeal needs to be lodged and SARS legal will get involved. The turnaround time for appeals are even more stringent.

READ: This is who pays taxes in South Africa

What should you do if your objection is truly late?

We understand that in some cases, taxpayers may only attend to this matter much later or perhaps when SARS issues final demands for payment. In this case, it must be evaluated if there was a good reason for the return to be filed late.

Examples of good reasons would be in line with a delay not being within the taxpayer’s control perhaps due to non-compliance by another party, suffering from a severe illness, being in hospital and other reasons that are considered exceptional. (No definition is given, rather each case is judged on its own merits)

The same process under “Once a correction is filed should be followed”. However, if SARS denies a re-assessment and the correction was filed after the allowable 40 working days, an objection should be filed to SARS giving reasons for the delay to file the return or the correction within 40 days. This reason will then be considered. There is a risk at this point that this assessment will not be re-considered and will become final. As such, the dispute must be handled with care and at a high level.

A suspension of payment request may be filed along with the objection giving reasons SARS should not institute collection proceedings. 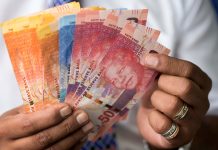 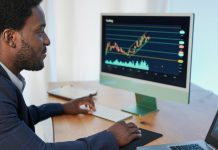 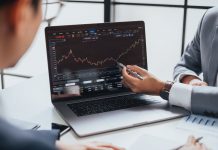 Common Mistakes When Hiring An Accountant 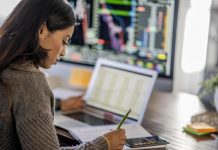 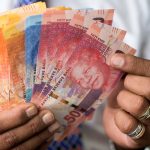 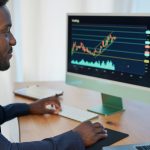 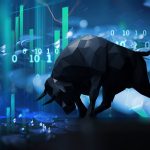 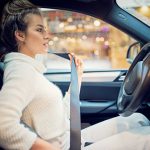 Safety & Security FinTalk - December 16, 2021
0
When you’re behind the wheel of a car, your number one priority – whether driving alone or with passengers – is safety. With the... 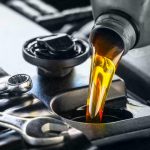 Cars FinTalk - December 15, 2021
0
Purchasing a vehicle is a big financial responsibility. However, the purchase price isn’t the only that you need to consider. While buying a new... 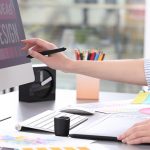 Business FinTalk - November 3, 2021
0
When it comes to web design, it can be all too easy to get hung up on the aesthetics without realising how certain elements...